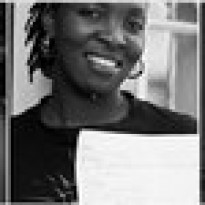 It is called Reading...it is how people install new software in to their brains. Books give me power.. they allow me step into a new world everyday.. 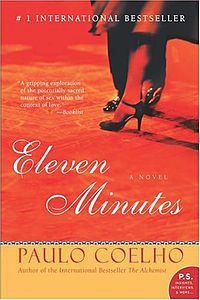 Paulo Coelho is a great writer. No wonder his books are translated into so many languages.

A Brazilian girl named Maria from a remote village  gets heartbroken in her teen years and later decides to move to Switzerland with the expectation that life would be on a silver platter. Unfortunately it is the opposite and she works in a night club as a dancer but realizes she is running out of money after she gets fired from the nightclub. She results to a one night stand for a thousand francs with an Arab man. After the quick earning she lands in a brothel and meets Nyah who advices her on the new profession based on her experience with Milan.

She becomes successful and famous that her colleagues begin to envy her. She gains the ability to make her clients feel at ease and solve their problems. She has succeeded in carrying out her job without her emotions been involved until she meets Ralf a Swiss painter who discovers her inner soul through 11 minutes of sacred intimacy. She fall in love with him and experiences true love. However she finds herself torn between sexual fantasies and her love for him. She finally decides to leave Geneva with the great memory of Ralf as their worlds are different and apart.

This book explores the various avenues to which sex can be perceived. From a moralistic and sacred point of view. It definitely keeps the reader glued and gives the reader a different perception of prostitution.

Memorable quote: “Everything tells me that I am about to make a wrong decision, but making mistakes is just part of life. What does the world want of me? Does it want me to take no risks, to go back to where I came from because I didn’t have the courage to say “yes” to life?” 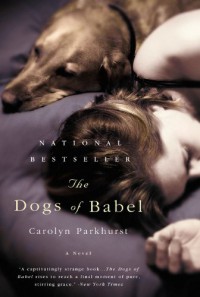 Title: The Dogs of Babel/Lorelei’s Secret

The Dogs of Babel also titled Lorelei’s Secret in the United Kingdom takes us through the journey of Paul Iverson a Linguistics Professor who is trying to uncover the actual events behind his wife’s death. This he does through her dog Lorelei who was the only witness to her death.

The book starts from the “ end” by telling us the story of how Lexy falls from a 30 feet apple tree in their backyard  and the good Professor  finds out something has gone wrong when he calls home only for a policeman to answer the call.

Lexy is a woman of many seasons, from being very happy to having a depressive teenage and college life that she shaves her head clean and tattoos it with snakes. She also seems to find joy in the saddest of situations as depicted in the masks that she makes for clients who have lost a loved one. She is particularly fixated with the picture and diary of one girl who probably represents her childhood.

Paul Iverson is convinced beyond reasonable doubt that Lexy’s death is not an accident despite the police conclusions of how she fell backwards. These doubts lead him to pay attention to the slightest of details in their house starting from the bookshelf, to the bedroom and the litter bins. He makes discoveries such the books having been moved from their original position creating a sort of rhyme which is a poem about death. He also discovers that she was pregnant even though they had fought over the issue of having children while she felt she wasn’t good enough a human being to care for another life. In addition he discovers a hefty bill that turned out to be a payment made to a fortune teller.

She has a very close relationship with her dog because she is able to send the dog back and forth to him from her basement workshop with messages. Paul has to learn how to communicate with Lorelei after Lexy is gone. Somehow Paul believes that Lorelei a Rhodesian Ridgeback has the answers to his questions that he goes on a quest to get Lorelei to speak. He is even convinced that Lorelei said a word close to “water when she opens her mouth”.

He gets in touch with Wendell Hollis, a convict jailed for mistreating dogs through operating them as he believed that “god” was unfair in denying dogs the ability to talk.  Wendell introduces him to a cult of men (the Cerbus Society) who believe they must make the dogs talk as they did with a dog named Hero through various surgical procedures. Paul attends the first meeting with Lorelei who whines and hides behind him indicating that she has a past. A closer look at her nose shows a tattoo depicting  she was one of the dogs captured but ran away and was rescued by Lexy as a puppy. The description of what the cult does to dogs is disturbing and at some point as a reader you are forced to remind yourself that this is a work of fiction.

It is in between the clues that Parkhurst tells us of how the couple met at a garage sale including  their happy and not so happy moments.  She helps the reader understand Lexy’s character hence explaining the events to her death were premeditated.

Paul is so aggrieved by his wife’s death that it takes him over a year to recover. His friends at the University are convinced he has gone berserk trying to get a dog to talk, that they make fun of him and even avoid him where possible. However love can make one do the unthinkable.

In the end Paul is able to make his peace when “all” pieces of the puzzle are put together. He finally makes a call and resumes work after he concludes he did everything a good husband could do.

It is a good read, a mixture of love, passion and sorrow. Lorelei is symbolic since she brings out the aspect of faithfulness and friendship through the statement that a dog keeps your secrets safe.Had it not been indicated as a work of fiction,it would easily pass for a true story, Parkhurst definitely did her research well.

Memorable Quote: “The conclusion I have reached is that, above all, dogs are witnesses. They are allowed access to our most private moments. They are there when we think we are alone. Think of what they could tell us. They sit on the laps of presidents. They see acts of love and violence, quarrels and feuds, and the secret play of children. If they could tell us everything they have seen, all of the gaps of our lives would stitch themselves together.” 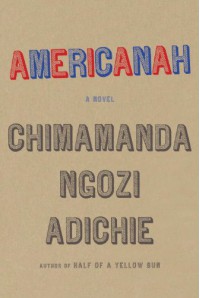 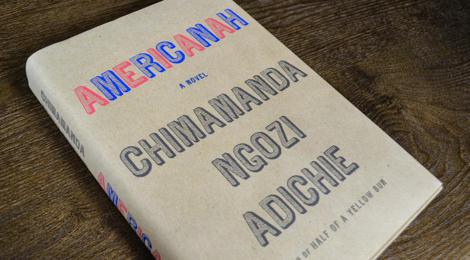 Year of Publication/ Release: May 2013

The story unfolds with Ifemelu travelling a long way to have her hair braided. She describes the state of the salon as dilapidated, crowded whereas the ventilation is nothing but hot and stuffy.

Ifemelu and Obinze fall in love while in Lagos Secondary school.On the first day they made love Ifem describes the climax as  looking up at the ceiling and later nicknames Obinze "ceiling".  They are bright students who proceed to University but their studies are short lived as a result of Nigeria falling into dictatorship.Like many of their age mates they decide to leave the country in search of better opportunities. Ifem leaves for America however Obinze after struggling to get a visa resorts to go to the UK on a tourist Visa.

Ifem goes through her own struggles in America from having to baby sit her auntie's son, to working using "fellow Nigerians" social security numbers to make some extra money while still going to school. She meets fellow students from Africa who share their experiences. In the process of looking for a job,she is forced to have a one night stand out of desperation.This affects her so much that she cuts off communication with her old flame Obinze. She is forced to take up other odd jobs such as being a nanny where she meets white folks  at gatherings who brag about contributions they are making in African countries. Ifem learns the concept of race and skin color in her new world and starts a blog  which earns her a huge following and  invitations to give talks.Here she is able to buy herself a condo from the money she earns. Ifem gets involved with a young rich white man but he ends the relationship when she gets caught up in a mini affair.She later meets a handsome black professor who she dates until her return home to Nigeria. Meanwhile Ifemelu's parents are caught up in their own struggles, with her father loosing his job because of not calling his boss "mommy" and her mother changing her religious beliefs every now and then including cutting her hair. They are oblivious of Ifem's struggles which she successfully conceals by keeping them happy when she sends dollars home. He mother intentionally picks her calls at the balcony  and shouts for the neighbors to hear the "diaspora call".

Obinze is hosted by his cousin in the hope of getting a longer term stay and proper job.He lands a job in cleaning toilets which he generally does not mind till he finds a mess on the floor and resigns moving to a company that was selling fridges.There he forges his documents but eventually the authorities catch up with him and he is deported back home. All the while he tries to stay in touch with Ifem who in the end changes her email address. Back home Obinze struggles to make a living and eventually becomes a wealthy socialite.

The story revolves mainly around Obinze and Ifem  who reunite and rekindle their love. Obinze's wife Kosi is described as a beautiful woman always trying to keep people happy and peaceful ,however she is well aware of the affair and questions her husband about it.Later he chooses to separate from her and his daughter in favor of Ifem.

It is a beautiful and emotional story that is an entanglement of love,survival for the fittest,compromise,loneliness,identity,race and ignorance.

Many students(read African) excited about travelling abroad for further studies are rarely prepared for what to expect ahead  and have a distorted version of what to find in the diaspora only to go their and get disappointed. On the other hand our friends and citizens of the diaspora have a vague understanding of what Africa is all about and tend to think that all countries in this continent are the same as depicted in the book,a clear sign of ignorance.

Racism is every where, it is sometimes very loud other times silent irrespective of country or people.

In conclusion this is the author's story,it depicts the kind of struggles  and perhaps culture shock she went through when she first set foot in the diaspora.

This book is definitely a good read, the ending though,should have been better or less abrasive.

Stand by Me
Sheila O'Flanagan

The Fault in Our Stars
John Green